Erectile dysfunction, also known as ED, can be treated with a drug called Tadalafil that we offer at Boston Vitality. The disorder basically inhibits an enzyme called PDEA that would destroy another enzyme cGMP, which is necessary for keeping sexual function ongoing.

Tadalafil is the active ingredient in the drug Cialis and Adcirca. It basically increases the blood flow to the penis so that an erection will retain its rigidity. The drug is ineffective unless it accompanies sexual stimulation, which releases cGMP.

The user takes the treatment by mouth usually around 30 minutes before sexual activity and the effects of the drug can be enabled up to 36 hours afterward. Tadalafil may also be taken once a day, allowing the user to attempt sexual activity anytime between doses.

Either of these dosage strategies must be prescribed by a trained professional. Dr. Michael Zachareas will consider the following factors when assessing such strategies, such as the patient’s medical condition, response to treatment and other medications — both medical and herbal. Tadalafil can also be used to treat an enlarged prostate, also known as benign prostatic hyperplasia (BPH). This condition also leads to ED and treatment could require daily dosage.

Tadalafil vs. other ED treatments

Both are considered phospodiesterase-5 inhibitors have much the same function. They are joined by other medications including vardenafil and avanafil, which have similar functions.

If you have been looking for a way to get your fulfilling sex life back, Tadalafil may be right for you. Dr. Zachareas will determine if the treatment is right for you at your personal consultation. Erectile dysfunction can cause problems in your relationship, problems with confidence, as well as self-esteem issues. Something as simple as taking a pill can fix those problems, so why wait? Contact Boston Vitality today to schedule your consultation! We are conveniently located in Stoneham, MA. 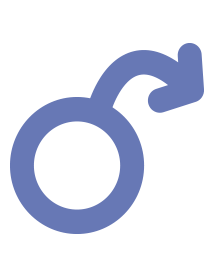